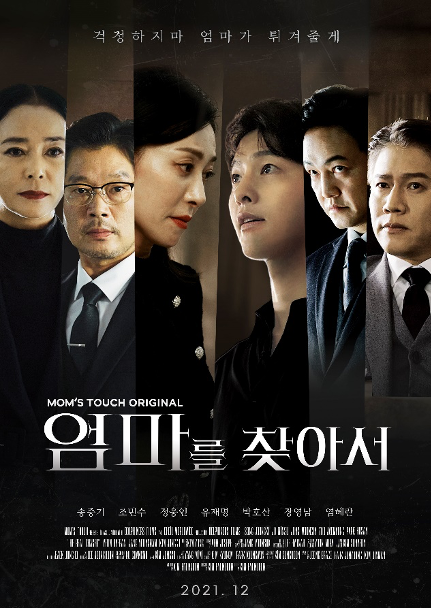 (2021.12.02) Mom’s Touch has tuned into strengthening communication with MZgeneration, the target audience, by introducing all-time-scale advertisementthat has never been seen before in the F&B Franchise industry.

Koreanchicken∙burgerbrand Mom’s Touch announced that it has released the new advertisement campaign‘In search of Mom’ on the 2nd.

In the video of ‘In search of Mom’ releasedon this day, Mom’s Touch unraveled efforts to find the perfect chicken madewith mom’s sincerity by unpredictable plot and humorous narration.

The commercial raises expectations with theunique concept of ‘Mom’s Touch leading a journey to find the taste of a realmother’, featuring exclusive model Song Joong Ki in the lead and an all- starcasting featuring Jo Min Soo, Jung Woong In, Yoo Jae Myung, Park Ho San, JangYeong Nam and Yeom Hye Ran. Its plot twist is like a Mobius strip, with comicaldry humor code and creative storyline gets the audience to be completelyimmersed in the advertisement.

In the commercial, Song Joong Ki, who playsthe role of a director from an Advertisement production company, proposes a newplan to Mom’s Touch employees that breaks away from the cliché of existingchicken commercials. The three consecutive advertisement series to be presentedheats the debate among executives, continuously bringing laughter in all itstwisting of the plot   and ends with a finalethat no one knew would be coming. Mom's Touch's new advertisement campaign was producedby "Dolphiners Film", renowned for making commercials that people lookup voluntarily.

“ Weare very excited to introduce this advertisement campaign, since thisproduction was all about bringing a unique brand experience and lots of fun toour consumers with our stunning casts and ground breaking story line” said anofficial from Mom’s Touch. “Going forward, we will go all out inconsumer-oriented management activities, doing our best to communicate with ourcustomers in a friendly way”.