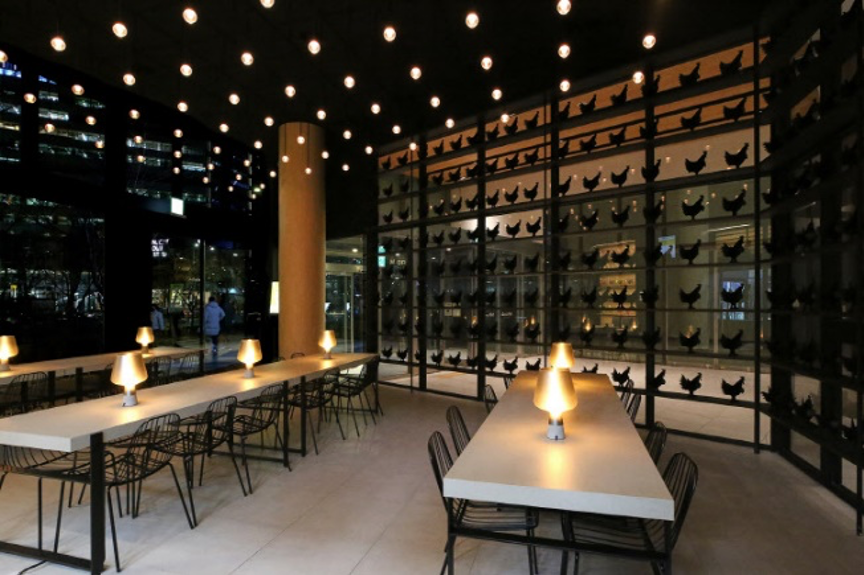 TerraceYongsan is the 4th LAB Store Mom’s Touch has opened this year,following ‘Mom’s Chicken’, ’Mom’s Pizza’ and ‘Garden Yeok sam’. The Casual Pupconcept store tests new menus and services that has not been introduced before.

All existingMom’s Touch menus including thigh burger have been removed from the table,highlighting casual pub-style menus like bur-maek(burger + beer) andchi-maek(chicken + beer). The pub is intended to test new menus in particularof △100% handmade patty △4 types of chicken & beef burger with premium brioche bun △3 types of chicken as light sides △3 series of localsignature platters that pairs perfectly with a glass of beer.

Adistinct deviation from the original Mom’s Touch stores can be found in itsinterior as well. ‘Terrace Yongsan’ is of 108.58㎡ in size, a cozy area with a glass wall that adds a sense of open space.During the day, it operates as a casual handmade burger restaurant, and atevening, consumers can enjoy the ambience of a modern pub with candlelightlighting and pleasant music.

“TerraceYongsan is a pilot store sited in office area with young floating population,as an attempt to test new menus and services that fit the lifestyle of targetconsumers in their 2030s” says an official at Mom’s Touch. “Following chicken,pizza, breakfast and the pub, we are experimenting with various concepts ofMom’s Touch LAB stores to strengthen consumer-oriented management andfranchisee competiveness”.